What is Celiac Disease and How is it Diagnosed? 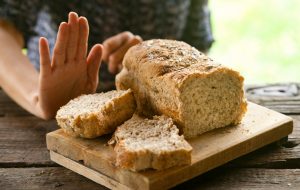 So, what is fact and what is fiction?

Gluten intolerance is due to a condition called celiac disease. Celiac disease is a genetically predisposed autoimmune disorder in which the ingestion of gluten leads to damage in the small intestine. Common symptoms of celiac disease include brain fog, depression, ADHD-like behavior, abdominal pain, bloating, diarrhea, constipation, headaches, bone or joint pain, and chronic fatigue after eating gluten.

It is estimated that celiac disease affects 1 in every 100 individuals worldwide, but millions are unaware that they have the condition. In the United States alone, 2.5 million men, women and children have undiagnosed celiac disease.

People who suffer from symptoms that seem related to gluten may have a condition referred to as non-celiac gluten sensitivity. This means that they may experience similar symptoms of celiac disease, but ingesting gluten does not damage their small intestine in the same way. Studies estimate that 18 million Americans have non-celiac gluten sensitivity. That is six times the number of Americans who have celiac disease.

How is Celiac Disease Diagnosed?

Celiac disease can be detected by a simple blood test that screens for celiac disease antibodies. The most common test is called the tag-IgA test. For this test to be effective, the patient must be eating a diet including gluten at the time the test is administered. If the blood test results suggests celiac disease, the doctor will make a referral to a gastroenterologist.

The gastroenterologist will perform an outpatient procedure called an endoscopic biopsy of the small intestine to evaluate whether the patient has tissue damage related to gluten. A diagnosis of celiac disease can be confirmed when there is evidence of healing due to a gluten-free diet.

If you are experiencing symptoms related to celiac disease, call your gastroenterologist for an appointment.